One of the greatest questions faced by humans is: Are we alone in the universe? It’s a big questions because it’s a huge universe. It is estimated there could be 40 billion Earth sized planets according to preliminary studies from scientists using NASA’s Kepler Space Telescope.  On July 12, 2022 we will get a new improved look from space with the first views from The James Webb Space Telescope’s first operational images!  We will be looking at the Orion Nebula, 1,350 light years from Earth.

(NASA’s Webb Telescope to Unravel Riddles of a Stellar Nursery)

The Search for Extraterrestrial Intelligence (known in popular culture as SETI) began in 1960 using a 26-meter radio telescope. The first SETI conference was held in 1961 and the former Soviet Union began searching with omnidirectional antennas during the 1960s. In 1979 the University of California, Berkley began a SETI project. Congress funded the project until 1981, then restored funding in 1982, until finally canceling all funding in 1994. Private donations have continued SETI since that date using satellite dishes 10 foot by 16 foot and research grade radio telescopes. While so far no life has been detected off the planet Earth. However, researchers have explained that humans have searched such a small part of the universe compared to its actual size that saying there is no life at this point in the search would be like filling an 8 ounce container with sea water at the shore and announcing the search for ocean life produced no results.

Looking for life in our own solar system, in 1969, the U.S. sent the first humans to the moon. We did not find any signs of past or present life on the moon.

Scientists have studied Mercury, the planet closest to the Sun, and found it is too small and too weak to hold an atmosphere.

Probes of Venus, second planet from the Sun, have found temperatures of 870 degrees, carbon dioxide and sulfuric acid clouds and a surface pressure 90 times greater than the Earth.

Mars has been studied by roving robots from Earth beginning in 1976. Scientists have and found a planet with no magnetic field, less atmosphere than Earth, lots of dangerous space radiation, but no life.

Space probes, Voyager 1 and Voyager 2 launched in 1977, have photographed Jupiter, Saturn, Uranus, Neptune and Pluto and as of this date have left the solar system. Each contains information on Earth, hello in every language and a map on where to find humans, but so far no one has returned the greeting.

However, on the way through the solar system, scientists learned more about Europa. This is an icy moon of Jupiter that might be a location for life beyond Earth. In 1997 NASA’s Galileo spacecraft took photos of ice flows thought to be the result of ice volcanoes and geysers on Europa.

The moon is covered in ice, but volcanoes and/or geysers indicate heat, which along with water is essential for life. Researchers believe under the ice could be a large salty ocean. Since life on Earth began in the ocean and since most of the life on the Earth today lives in the ocean, the hope is there may be some life found on Europa.

NASA has budgeted $30 million in the 2016 budget to build a spacecraft to explore Europa that would launch in 2020. It will take several years to reach the moon and once there the investigating probe would use cameras and equipment to study the icy world.

Experiment: How Can You Demonstrate the Ice Volcanoes on Europa?

The next day, remove the sandwich box and bowl from the freezer. Remove the ice from the bowl and place on the tray with the cup facing up. Remove ice from the cup. Mix Kool Aid and baking soda and place in the cup. Add vinegar to the cup.

WHAT IS THE BIG BANG THEORY?

The universe is about 13.8 billion years old. Have you ever wondered how scientists came to that conclusion? There are actually two methods for dating the universe. Our universe cannot be younger than the objects inside itself.  By learning the age of the oldest stars, scientists can determine the age of the universe. The life of a star, such as our Sun, is determined by its mass. The more mass the faster the star burns. There are also dense collections of stars known as globular clusters.

Studying the oldest globular clusters researchers estimate the universe must be a minimum of 11 billion years old.

The second method is tied to the reality that the universe is constantly expanding. This was discovered by Edwin Hubble, so the equation to calculate the expansion of the universe is called the Hubble constant.

The constant is determined by the type of matter that dominates the universe and the density of the universe. This information came from space probes including

NASA’s Wilkinson Microwave Anisotropy Probe and The European Space Agency’s Planck spacecraft. They studied the thermal radiation left over from the Big Bang, the origin of the universe.

The Big Bang states an area smaller than a marble grew in a trillionth of a second to become larger than the visible universe. Most scientists now believe the Universe sprang into existence from a singularity a term physicists use to describe regions of space that defy the laws of physics

Once the singularity was created it began to expand through a process called inflation. The Universe went from very small, very dense, and very hot to the cool expanse that we see today.  The big bang theory is based on research in 1964, when radio astronomers

Arno Penzias and Robert Wilson inadvertently discovered the Cosmic Microwave Background which was evidence that the Universe had a beginning. By studying the rate of universe expansion, scientists can run the clock backwards in time to find the age of the universe.

Prior to the Hubble discovery of the universe expansion and the work of Penzias and Wilson, the origin of the cosmos was explained by the Steady State Theory.  This stated that the universe while expanding does not change its appearance over time. Thus is argued the universe had no beginning and no predicted end. It required that matter be continually created in order to keep the universe density from decreasing.

The Steady State Theory was popular in the mid-20th century until disproven by Albert Einstein’s Theory of General Relativity. A Quasi-Steady State Theory was proposed in 1993 which argued that pockets of new creation occurred over time, called mini-bangs or mini-creations, but flaws in this model helped to confirm the Big Bang Theory. What caused the singularity that started the Big Bang? That has scientists baffled. By definition, nothing existed prior to the beginning. A fact that creates more questions.

Astrophysicist Robert Spitzer, Ph.D., a priest with the Society of Jesuits, has pointed out that science theories must be proven through math. In math 0 plus 0 equals 0. It takes 1 plus 0 to equal 1. Therefore, if nothing existed before the universe, there must be a creator to bring the universe into being.

Experiment: How Can You Demonstrate How the Universe Began?

Process: Place a cup of baking soda in a tissue and fold the edges of the towel. Add ½ cup of water and vinegar to the plastic bag. Drop the towel into the bag and seal quickly. **This will not work if the bag leaks air or water.

Result: The bag will explode from the carbon dioxide gas resulting from mixing baking soda and vinegar to illustrate how hot compact gases exploded outward during The Big Bang.

Science for Seniors  has provided this powerpoint presentation along with easy and safe simple experiments/demos and lots of trivia. Access the presentation HERE 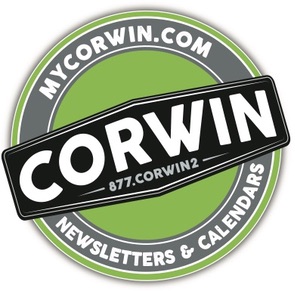 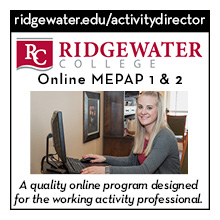