After more than two years of COVID-19 disasters, day care centers and aged care residential facilities have had to refrain from group recreation and seasonal fun events for fear of infection. I have been working at some care facilities and hospitals to provide recreational activities in Diversional Therapy as a DT consultant for 20 years, but as a non-staff member, I am no longer able to visit care and medical settings.

However, the COVID disaster has also brought goo progress. It has also brought together people involved in “Recreation Therapy” such as Diversional Therapy and Therapeutic Recreation (TR) in different countries. Online exchanges of information often took place, widening the circle around the importance of recreation.

The DT&TR International Coalition was formed in 2017, and since the COVID disaster began to spread, monthly zoom meetings called ‘Global Leaders Meetings’ have been held with representatives from Australia, New Zealand, the USA, Canada, the UK, South Africa and Japan. This led to the International Knowledge Exchange event in February (initiated by Orquidea Tamayo, President of New Zealand DT Association). Tamayo, President). The title of this article is the opening words of the prospectus on the booklet. From 22-27 February, one country each day gave a presentation on the activities and history etc. of Recreation Therapy in each country, and on the final day a panel discussion was held connecting all delegates and audience from each country via zoom. I participated as a presenter and panel from Japan.

It was found that the origins and development of the recreation (including lifestyle in DT) sector, its current position and activities, and national policies differ from country to country, but its importance was recognized from a very early stage in other countries.

For example, according to Colleen Knudson, Director of International Development for the National Association of Activity Professionals (NAAP) in the United States, “Recreation became recognized as important around the 1960s, and women who provided recreation as volunteers later developed into activity professionals”. And then, “In 1981, NAAP was formed as an organization to represent the needs of professionals employed in that field, and in 1988, all nursing homes receiving public subsidies from the federal government were required to offer an ongoing activity program with qualified professionals” she says.

In the United States, there is also an organization called the American Therapeutic Recreation Association (ATRA), which is therapeutic and academic, and Professor Brent Wolfe (University of North Carolina) gave a presentation on Recreation Therapy in diverse areas, including mental illness, physical disabilities, and brain injury.

In Australia and New Zealand, Diversional Therapists also work as independent professionals with job titles such as “Leisure and Lifestyle Coordinators” and others in aged care facilities, mental health, palliative care, youth and children with disabilities in the community. The information that “DTs were certified as Essential Workers, so we were able to work in the facility during the COVID lockdown” made me realize how different the priorities for recreation (having fun) are in other countries and Japan.

According to Charlise Bennett, president of DRTA, “After World War II, there were staff members who taught crafts to rehabilitate injured soldiers in the Red Cross in Sydney. They received special training and later, the Diversional Therapy Association of Australia by seven members in 1976.” And she reported on the history of the DT education, which now offers a bachelor’s course in universities.

According to Orquidea Tamayo, President of NZSDRT, in the 1980s, called “Tea Ladies” who had previously volunteered for tea time at aged care facilities, realized that the residents were spending their time in boredom and helplessness, and isolated from social stimulation. So later, they developed into the DT profession and became Diversional Therapists. NZSDT was officially registered as a corporation in 1992.

Glenn Skimming, president of the Canadian Therapeutic Recreation Association (CTRA), said, “In Canada, we have TR education programs at both the bachelor’s and diploma levels. In the future, we would like to further develop our university-level education offerings and introduce professional accreditation.”

The following remarks by Mr. Hilary Woodhead, President of the National Activity Providers Association (NAPA) of the United Kingdom, during his presentation were also impressive. There are no legal provisions as a profession, but there is a freedom that is not bound by any regulations, and there are inquiries from many professions (entertainers, singers, social workers, artists, etc.). We don’t want to lose this freedom, and the work is rewarding enough without official certification.”

Like these, although each country has different developmental histories and social backgrounds, DRT and TR, which share the same philosophy and practice orientation, were able to strengthen their collaboration under the generic term of Recreation Therapy. It was a great achievement to be able to share internationally that we are working with expertise to help every people retain experiences meaningful enjoyment and dignity in terms of socialization, choice and self-determination.

We have been reminded that recreation, which has not been given much importance in Japan, enhances overall well-being, benefits people of all ages, cultural backgrounds, and different abilities, and engaging and meaningful activities can help rebuild skills, improve mood, boost quality of life, and strengthen their social connections.

Diversional Therapy is not yet an officially recognized profession in Japan, but Diversional Therapy Workers (DTWs) are jointly accredited by the Japan DT Association and the Australian DT Association. DTWs are mainly trained in aged care, based on qualifications such as care workers, nurses, occupational therapists and psychologists. They have managed to devise a variety of recreational activities to keep their clients happy and stimulated even in the COVID disaster. I hope that in the future a network of people who can share the same aims and methods will expand in Japan. 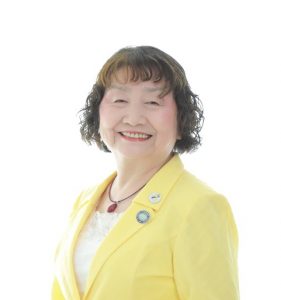 Article #2 From the Frontlines of the Activity Profession: NAAP Membership Survey Results & Reflections

The pandemic applied significant strain to an already vulnerable senior living workforce, which has historically experienced high levels of turnover and burnout.  This article is the second in a four-part series focusing on the Activity Professional, working on the front line. The NAAP survey, conducted in July 2022, included open and closed ended questions.  Survey […]